Getting one’s driver’s license is a rite of passage for most teenagers. It’s a day that most look forward to and is an important milestone in terms of growing up and entering the world. However, the road can be a very dangerous place, and parents often worry about whether their teenagers are following the rules of the road and utilizing safe driving practices.  Parents’ worries about their children driving alone for the first several years are justifiable, given the alarming statistics about teen drivers.

According to the Insurance Institute for Highway Safety (IIHS), the rate of death (per mile driven) is nearly four times greater for teenagers, than it is for all other age groups combined. New drivers at age 16 have the highest death rates, with one and a half times the deaths of those just slightly older at ages 18 and 19.

In Illinois, a driving permit can be obtained at the age of 15, and until reaching 16, the driver must be accompanied by someone over the age of 21 while driving. Once the teenager is old enough to test for a license, the driver must spend either a full year or wait until age 18, whichever comes first, following a rule that permits only one other person in the car while driving. Even though there are a lot of rules concerning teenage drivers, which may seem unnecessary to eager new drivers, they are put in place to prevent car accidents from occurring.

Given the age and relatively new driving experience of teenagers, they are statistically classified as high-risk drivers. Research has shown that the highest chances of getting into an accident occur in the first few months of a teenager receiving his or her license. Additionally, more than half of car accidents involving teenage drivers take place on weekend nights, and the fatal crash rate for teenagers per mile driven is almost four times higher at night than it is during the day. Two of the major causes of accidents involving teenager drivers include other teenage passengers and cellphone use. Interestingly, the presence of passengers is known to increase crash risk with teenage drivers, but decrease crash risk with adults over the age of 30. 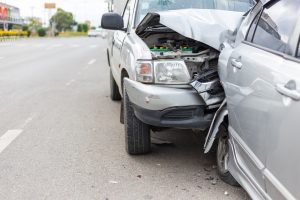 According to Top Driver, one of Illinois’ more prominent driving educations schools, more than 58% of crashes involving teen drivers are due to distracted driving. While texting and driving is now outlawed for every age group, and the law restricting multiple passengers for the first year of driving exists, teenagers still get into car accidents and die. In 2018, 2,476 teenagers died throughout the United States due to car accidents, and injuries resulting from car accidents. Car accidents are one of the leading causes of death for this age group. Additionally, the excitement of a new stage in life in the first few months with a license can lead to reckless behavior on the roads, resulting in serious injuries and even death.

Statistics show that there are many factors that cause teenage car accidents. As discussed, teenagers have higher risk  for car accidents at night. Experts point to nighttime darkness, combined with alcohol experimentation. These can lead to fatal accidents, especially on the weekends. Additionally, hit and run accidents are often correlated with these factors. For more information on hit and run car accidents, visit our hit and run page.

Laws concerning teenage drivers are put into effect to sustain a safe driving environment, not only in Illinois, but throughout the entire country. However, the statistics do not lie, and accidents caused by inexperienced teenage drivers happen every day. If you or a loved one have been a victim in an accident caused by a teenage driver, contact the Illinois personal injury accident lawyers at the law firm of John J. Malm and Associates for more information on how you may be entitled to receive compensation for your injuries.