After being injured in an accident, one of your first thoughts may be whether you should hire an attorney and when. If you are coping with the devastating effects of a serious personal injury or the tragic loss of a loved one, it is important to hire an attorney that possesses the necessary level of skill as a trial lawyer and who will devote his or her time, energy, and resources to resolve your injury claim. Hiring an attorney after your accident will allow you to focus on your health and recovery.

According to the Centers for Disease Control and Prevention, approximately 4.5 million dog bites occur annually in the United States. Every year, the number of dog attacks increase. For example, between 1993 and 2008, there was an 86% increase in the number of dog bite hospitalizations. To combat the rise in dog attacks, cities and counties across the nation have enacted ordinances to protect individuals that have been attacked by dogs. These ordinances can provide information about what happens after you’ve been bitten or attacked by a dog. 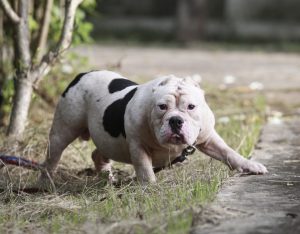 For instance, under Article 6 of the Kane County Animal Ordinance, the owner of a dog or other animal that attacks or injures any person without provocation is liable in damages to the injured person to for the full amount of the injury sustained.

The City of Aurora has enacted an ordinance about bites and attacks from vicious animals, specifically, about what happens to the animal after a bite or attack. Under the ordinance, any animal that bites or attacks a person, without provocation, will be declared a nuisance and may be impounded by the Animal Control Manager or Animal Control Office. The ordinance states that the Animal Control Manager may allow the owner to retain ownership but only with restrictions placed on the owner in writing. Restrictions include having a sign posted that the dog is dangerous, restrictions on taking the dog out of the home, requiring that the dog be spayed or neutered, and requirements that the dog owner carry homeowners insurance in excess of a certain amount.

END_OF_DOCUMENT_TOKEN_TO_BE_REPLACED

A Naperville motorcyclist was killed after crashing into a vehicle in west suburban Lisle on April 8, 2021. According to the DuPage County Coroner’s office, 55-year-old Thomas Martino was riding his motorcycle westbound on Maple Avenue when he struck a vehicle turning from Spring Bay Drive onto Maple Avenue. Martino passed away at the scene and the driver of the vehicle was transported to the hospital with minor injuries. No citations or charges were filed in the ongoing investigation, according to Lisle Police Deputy Chief Kevin Licko.

END_OF_DOCUMENT_TOKEN_TO_BE_REPLACED

On February 13, 2021, two people were killed after their vehicle plunged at least 70 feet off the Stevenson Expressway, landing on the roadway below. The vehicle was driving inbound on the Stevenson at about 4:00 a.m. when it lost control near Ashland Avenue. The car landed on the street below at Archer Avenue and Robinson Street. Both occupants of the vehicle succumbed to their extensive injuries following the collision.

According to Illinois State Police, two other individuals were also injured in the crash. A 21-year-old woman and 25-year-old man were transported to Stroger Hospital in Chicago in critical condition. While it is unknown what caused the crash, a preliminary investigation by the Illinois State Police shows the car was traveling at a high rate of speed and likely struck a snow bank that was present where the car had lost control. The car also struck a light tower and knocked out the lights on the Stevenson in both directions between Ashland and the Dan Ryan Expressway.

END_OF_DOCUMENT_TOKEN_TO_BE_REPLACED

On January 26, 2021, a 30-year old woman and her 9-year old passenger died after a crash involving a semi-trailer on I-88 near Lisle, Illinois. According to Illinois State Police, Ashley Skrobot, of Lisle, was operating a 2009 Honda Accord in the westbound lane of I-88 near the Route 53 exit when she lost control of her vehicle. The Honda hit a median and then traveled back into the flow of traffic where it was hit by a semi-trailer.

Paramedics from the Lisle-Woodridge Fire Department arrived on the scene to find two people trapped inside the heavily damaged Honda Accord. The crews were able to extricate both of the occupants where they were categorized as having life-threatening injuries. Ashley Skrobot was transported to Advocate Good Samaritan Hospital in Downers Grove where she eventually succumbed to her injuries. The 9-year old passenger was transported to Lurie Children’s Hospital in critical condition. Unfortunately, the child, whose name was not released, also succumbed to her life-threatening injuries two days after the crash.

END_OF_DOCUMENT_TOKEN_TO_BE_REPLACED

Toro recently recalled snowblowers that were sold between November 2020 and January 2021 due to a risk of amputation. The recalled snowblowers, also called snowthrowers, were sold nationwide and online at Home Depot, Ace Hardware, and Toro-authorized dealers. According to Toro, the auger (the rotating corkscrew device) may fail to disengage when the control lever is released. Several reports made to the company have indicated that the auger did not stop spinning when the control lever was released. To date, no injuries have been reported, but a high risk of injury and amputation can occur with continued use of the recalled snowblowers.

Defective products, like the Toro snowblowers, can cause serious injuries. According to the United States Consumer Product Safety Commission, snow blower operators suffer more than 500 amputations and more than 5,000 emergency room visits annually. Since 1992, there have been 19 deaths involving snow blowers. Most of the injuries suffered by slow blower operators occur when trying to clear snow and ice from either the auger or the discharge chute. The likelihood of a clogged auger or discharge chute increases based on several factors, including heavy, wet snow, temperatures higher than 28 degrees, and snow accumulation greater than six inches. END_OF_DOCUMENT_TOKEN_TO_BE_REPLACED

Mopeds and motor scooters have become an increasing favorite among many urban commuters. The gas efficiency, coupled with their compact size, makes it the most efficient and economic choice for those living in congested areas. However, just like its faster motorcycle counterparts, motor scooters leave riders vulnerable to injury during an accident.

END_OF_DOCUMENT_TOKEN_TO_BE_REPLACED

According to the Insurance Information Institute (I.I.I.) and State Farm, the largest writer of homeowners’ insurance in the United States, dog bites and other dog-related injuries accounted for nearly one third of all homeowners’ liability claim dollars paid out in 2018, costing $675 million. The State of Illinois topped the list at #2 for the most State Farm dog bite claims in 2018 with 288 claims, costing $10.3 million.

Illinois has enacted laws designed to protect the rights of those who have suffered an injury due to an animal attack. The Illinois Animal Control Act provides a civil remedy for dog bite victims and all other injuries caused by an individual’s pet or farm animal. For more information about the Animal Control Act, visit our previous blog HERE.  As of 2019, Illinois lawmakers have created a new provision within the Animal Control Act regarding “reckless dog owners,” also known as the “Justice for Buddy Act.” The new law, which took effect on January 1, 2019, aims to protect individuals and companion animals from dangerous dogs and their negligent owners.

END_OF_DOCUMENT_TOKEN_TO_BE_REPLACED

A 17-month-old Aurora girl was fatally mauled over the July 4th weekend while attending a house party in the 1800 block of Cumberland Drive in Joliet, Illinois. Marley Wilander was sleeping in an upstairs playpen while her parents attended a party downstairs. At some point in the evening, the homeowner’s two pitbull mix dogs escaped from the basement where they had been secured. The homeowner went upstairs to investigate a noise and found one of the dogs actively biting the child. According to the Joliet Police Department, the homeowner was able to separate the dog from the child and then called 911.

At approximately 1:30 am, an ambulance transported the unresponsive child to AMITA Health St. Joseph Medical Center in Joliet, where she succumbed to her injuries at approximately 3:30 am. Will County Coroner’s Office officials reported the autopsy performed the following day showed the child sustained “multiple bite marks throughout her body.” The preliminary report indicated she died from her injuries.

END_OF_DOCUMENT_TOKEN_TO_BE_REPLACED

Around 6:30 a.m. on the morning of Friday, June 12, 2020, 17-year-old David Aguilar and 17-year-old Jorge Acosta-Flores were riding in a blue Infiniti G37X in the westbound lanes of North Avenue in Carol Stream, Illinois, when they struck the back of a red Freightliner box truck. The Infiniti got pinned under the rear of the truck and caught on fire. Acosta-Flores was driving the car, and he was presumed to have died immediately upon impact with the box truck. Aguilar was sitting in the passenger seat, and he was pronounced dead after being transferred to Central DuPage Hospital to receive emergency medical care following the accident. Both boys were about to begin their senior year at Wheaton North High School in Wheaton, Illinois.

A Carol Stream police officer witnessed the car crash. Immediately after the car accident, the officer used a fire extinguisher to put out the fire that was caused by the impact. Photographs of the scene show the front of the Infiniti was completely destroyed. The windshield shattered and the roof caved into the interior of the vehicle. Additionally, the driver of the box truck is reportedly not injured, but there is still an ongoing investigation into what exactly happened to cause this fatal accident. END_OF_DOCUMENT_TOKEN_TO_BE_REPLACED